After 4 years of effort on internal transformation, the Government Pensions Fund Global of Norges Bank terminated its observation on Nien Hsing in March 2022, based on a recommendation by Council on Ethics (COE), recognizing Nein Hsing's breakthrough in sustainable development.

In July 2018, the Council on Ethics (COE) recommended placing Nien Hsing under observation due to a systematic human rights violation, based on the report produced by Worker Rights Consortium (WRC). The finding identified violations such as sexual harassment, workplace harassment and other health and safety issues across the factories in the Lesotho region. A joint agreement between Nien Hsing, customers, local NGOs and trade unions was signed in August 2019 after a series of negotiations, followed by the establishment of the programme office Workers' Rights Watch (WRW), to implement projects to strengthen the internal system and correct issues identified in the report. The project consists of GBVH education and awareness training, anti-GBVH campaigns, revision of internal policies, as well as setting up grievance mechanisms, for the Company to tackle the problems step by step.

Lesotho has long been suffering from its sluggish economy, with 49% of the population living below the international poverty line and the majority of women having to work to contribute to the household. 85% of Nien Hsing's employees are women, how to create a fair and equitable working environment is the main task for the Company. We believe education is the key to success; therefore all employees in the region received two-day anti-GBVH training, covering topics such as prevention of sexual harassment in the workplace, gender equality and complaint mechanism, offering views on gender and equality. Extra training on case handling and advocacy were provided to the senior management to enhance their ability to promote anti-GBVH within the factories. 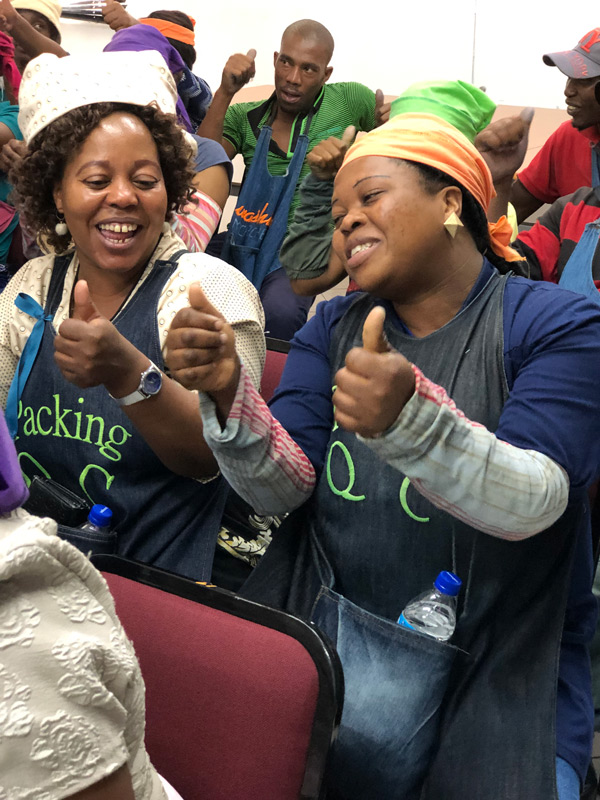 In addition, the Company had partnered with the consultancy firm Re Mmoho, providing training to 500 supervisors to enhance their management skills such as communication, employees relation and emotion management, and the knowledge of sexual harassment prevention and case handling. The Company also worked with local government organization - Help Lesotho, inviting youths whom the organization have trained for factory tours promoting anti-GBVH and gender equality via drama, dances and speeches, internalizing the concept of female empowerment and gender equality among employees. 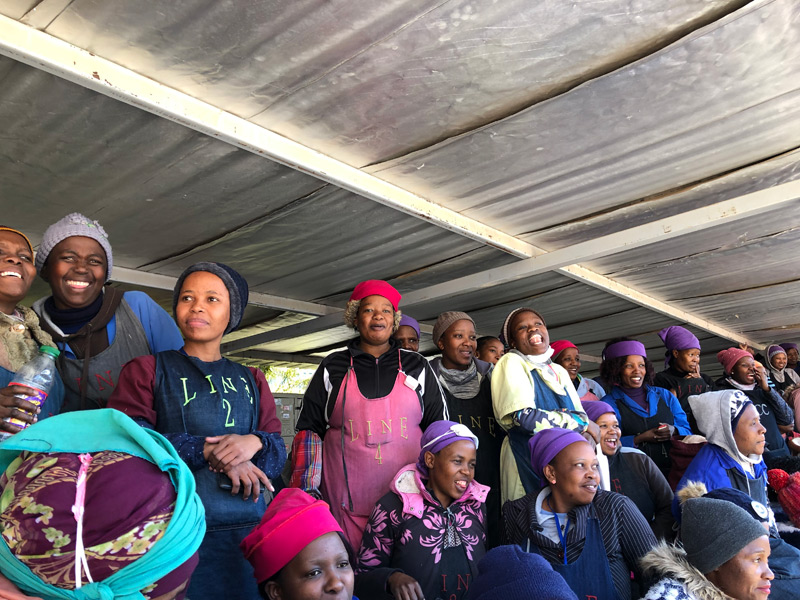 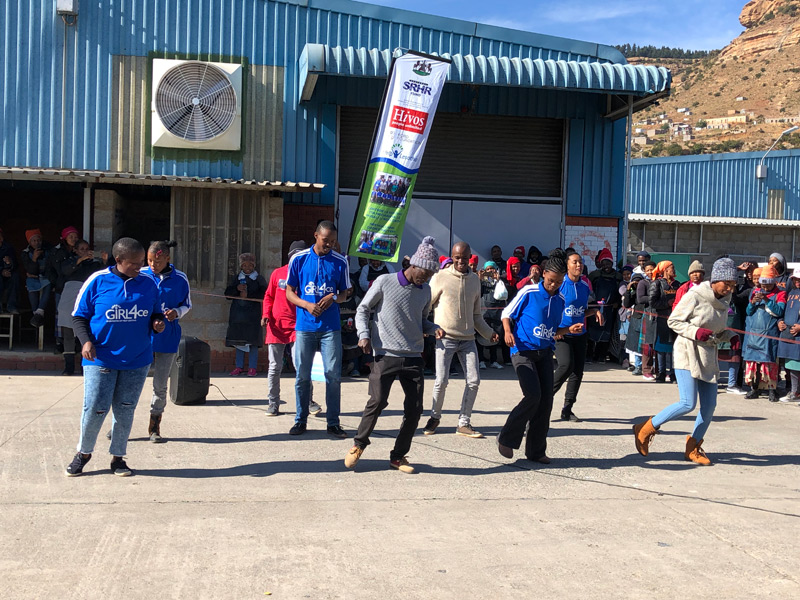 Through the project, we have also established a fair, confidential and systematic mechanism for the lodging and handling of GBVH complaints. The first step is to start an information line handled by a local NGO; cases received by the information line are then referred to the programme office for an independent investigation, ensuring the privacy of the complainants and the fairness of investigation procedure and determination. We have found that employees became more vocal about their rights and those of their peers, which is a milestone in improving communication between management and employees. 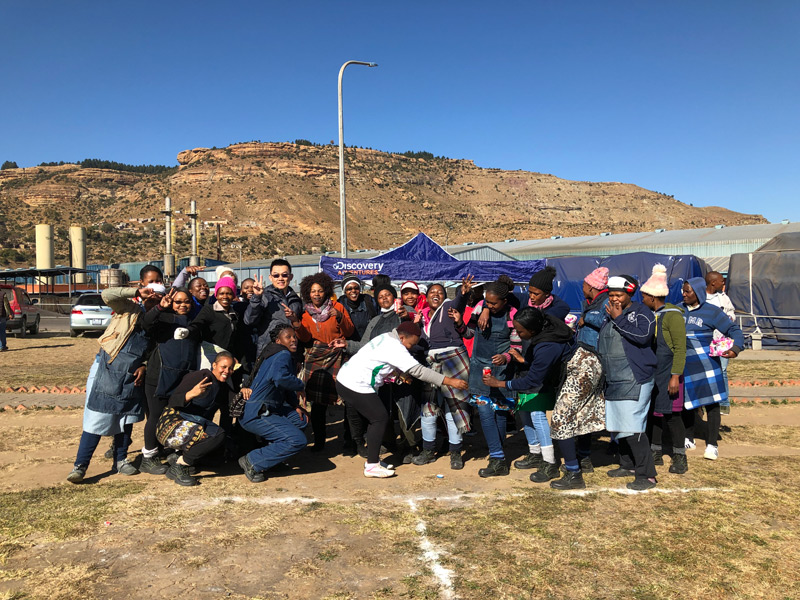 More than that, the Company has worked with KC Research and Consultant to set up an independent hotline to provide multiple channels for employees to file their grievances other than internal suggestion box or grievance form. Grievances relating to wealth and benefit, working conditions, harassment or health and safety are reported directly to the factory management and ESG Department via hotline and handled promptly; ensuing complaints and concerns of each employee are properly heard and solved.

Adequate internal HR policies are an integral part of the process of improving the system. The programme office has also revised relevant HR policies such as Disciplinary Rules and code of conduct, harassment policy, GBVH Policy to strengthen the internal structure. The training was given to the management and HR personnel to ensure the implementation of the new policies and efficiency in handling the cases.

Human right is one of the most important indicators of corporate ESG. Protecting labour rights is what Nien Hsing is committed to and its major goal, so that all female employees can work in a safe and empowering environment. It is worth mentioning that according to employees satisfactory survey conducted in 2022, the satisfaction rate regarding workplace friendliness and the relationship with supervisors was over 90%, we are glad to see the positive feedback from our employees, which proves the Company is on the right direction, and we will keep improving by understanding the needs of the employees. As mentioned in Council on Ethics recommendation, "The follow-up investigation in 2021 indicates that the workplace culture at Nien Hsing has improved, that incidents of GBVH have declined, and that the grievance mechanism has gained most employees' trust."

As stated in the WRC report in August 2019, "Given the ubiquity of sexual harassment in the global workplace, the most meaningful measure of corporate responsibility is not whether the problem exists in a company's operations but whether the Company is, or is not, pursuing bold and innovative means to address it. To their credit, Nien Hsing is doing so. "The Company does not fear obstacles and mistakes, setting goals and constantly looking for innovative ways to combat them is an important part of Nien Hsing's approach to sustainable development. We will carry on strengthening the Company’s internal sustainable progress, gaining the recognition and trust of our employees, investors, customers and other stakeholders.

For the complete COE’s recommendation to terminate its observation on Nien Hsing,